The Bending the Arc team plans to continue interviewing people and collecting their stories (via video, audio, photography, and print) for years to come. If you’d like to be interviewed, or if you have video, audio, photos, or written stories to contribute, please contact us.

Ways to get involved

Interweaving efforts for peace and justice 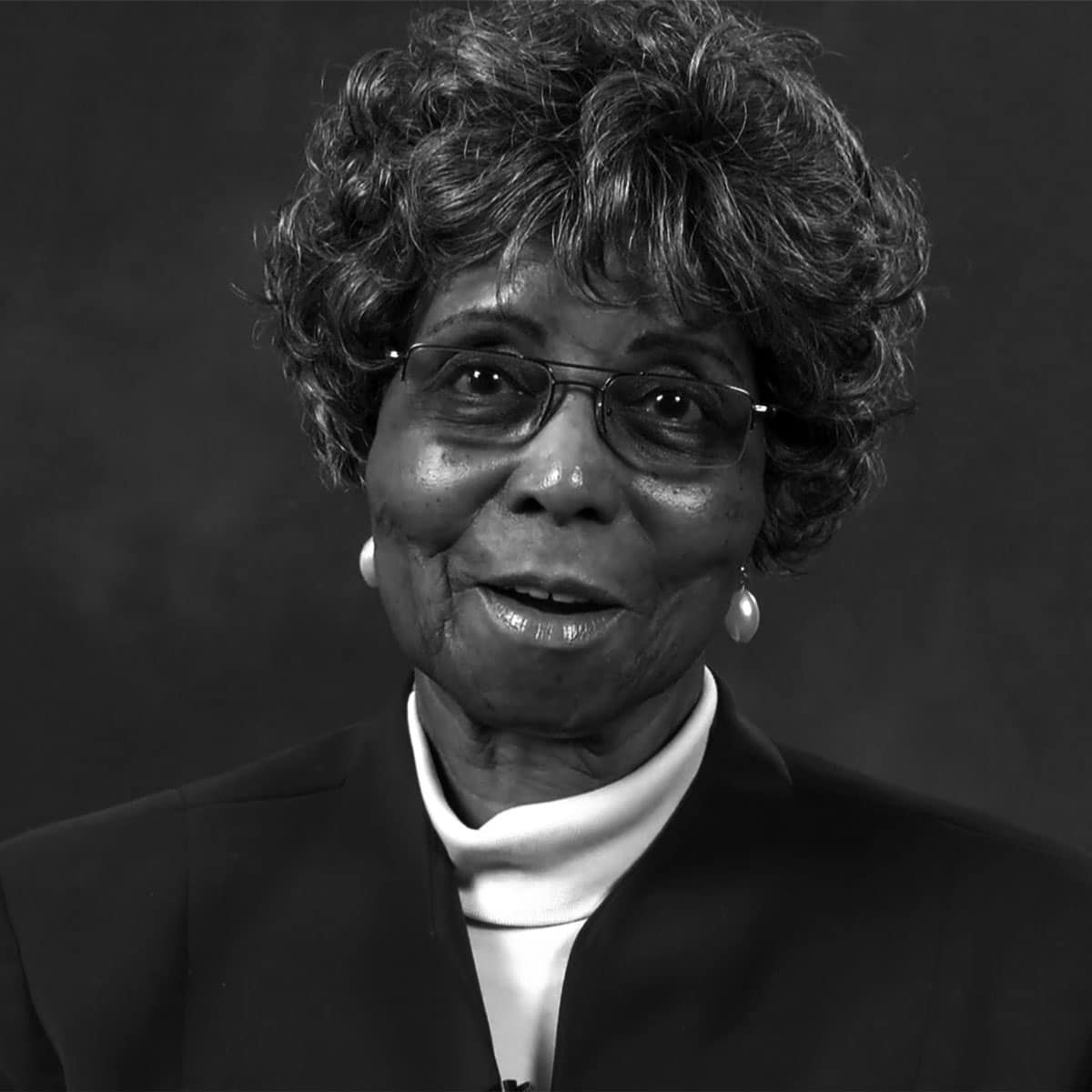 All Voices
Voices in Film 6

The UUCB Justice Committee provides leadership for the social justice concerns of the church, metro area, state, nation, and the global community.

Alabama Arise is a statewide nonprofit, nonpartisan coalition of congregations, organizations and individuals united in the belief that people in poverty are suffering because of state policy decisions. Through Alabama Arise, groups and individuals join together to promote policies to improve the lives of Alabamians with low incomes. Arise provides a structure in which Alabamians can engage in public debates to promote the common good.

The Alabama Interfaith Refugee Partnership (ALIRP) is an interfaith group of religious leaders and laypersons, as well as representatives of other community groups, who have come together for the purpose of helping refugees and asylum-seekers, in light of the current migration crisis that has displaced millions of people. ALIRP’s goal is to support refugees and asylum seekers here in Alabama through advocacy, education, and direct support.

The Birmingham Civil Rights Institute (BCRI) stands as a national authority on the history of the Civil Rights Movement. BCRI reaches more than 150,000 individuals each year through their programs and services, and the Institute itself brings people from all over the country.

Greater Birmingham Ministries (GBM) was founded in 1969 in response to urgent human and justice needs in the greater Birmingham area. BGM is a multi-faith, multi-racial organization that provides emergency services for people in need and engages the poor and the non-poor in systemic change efforts to build a strong, supportive, engaged community and pursue a more just society for all people.

The Beth El Civil Rights Experience is a multimedia project exploring the intersection of Birmingham’s Jewish and Civil Rights histories. This dynamic community history venture is comprised of original research, programming and educational initiatives and the development of an audio tour and visitor’s site featuring a short film, exhibit and interactive, facilitated experience.

You can learn more about the Beth El Civil Rights Experience by visiting their website or get in touch by emailing Margaret Norman.

The Jefferson County Memorial Project is a grassroots coalition composed of more than 35 community partners and a multi-racial, multi-faith, multi-sector, and multi-generational group of committed volunteers. The four goals of the project are to (1) research Jefferson County’s 30 documented racial terror victims and their descendants; (2) educate the public on the importance of this history; (3) place historical markers at lynching sites and retrieve the Jefferson County monument from the National Memorial for Peace and Justice; and (4) advocate for reform where racial injustice still exists in Alabama today.

The Morgan Project was founded in June 2020 to provide active and meaningful programs that work to eradicate systemic racism, develop a place for citizens to discuss the effects of racism on society, and champion equal justice for all. The group was established in the wake of civil unrest and the deaths of George Floyd, Breonna Taylor, Ahmaud Arbery and many others, by several members of YMBC, a long-standing civic group in Birmingham who realized that it was time, yet again, to take a stand against racism. The project is named for the late Birmingham attorney Charles Morgan, Jr., who delivered a powerful speech after the bombing of the 16th Street Baptist Church in 1963, declaring that all of Birmingham’s citizens—not just those who threw the bomb, but also those who had been silent against racism—were guilty of the hateful crime.

The Institute for Human Rights serves as a platform for research and education on human rights with a particular focus on the struggle of vulnerable and marginalized populations, including minorities, refugees, women, children, persons with disabilities, members of the LGBTQ community, and people dealing with the consequences of poverty. The IHR’s content-related emphasis is on the social movements associated with human rights—the bottom-up approach and grassroots efforts that lead to empower communities to claim their human rights.

The Hispanic Interest Coalition of Alabama (HICA) is a community development and advocacy organization that champions economic equality, civic engagement, and social justice for Latino and immigrant families in Alabama. HICA was created in 1999 to address concerns relating to healthcare access, education, economic development, legal issues, and community outreach for immigrant Latinos.

The goal of Margins is to uplift and strengthen Black women and their ability to parent. The organization aims to intervene in poverty-stricken familial units and restore hope by providing practical support; this includes but is not limited to bill assistance, avenues for self-care, childcare, activities for children and parents and monetary help.

The Hispanic Interest Coalition of Alabama (HICA) is a community development and advocacy organization that champions economic equality, civic engagement, and social justice for Latino and immigrant families in Alabama. HICA was created in 1999 to address concerns relating to healthcare access, education, economic development, legal issues, and community outreach for immigrant Latinos.

The Alabama Coalition for Immigrant Justice (ACIJ) is a grassroots, statewide network of individuals and organizations that works to advance and defend the rights of immigrants in Alabama. ACIJ consists of six non-profit organizations, and hundreds of individual members. The coalition is leading Alabama to a more equitable and just multi-ethnic, multi-lingual future—building a better Alabama for everyone, from the ground up.

The Grassroots Coalition of Birmingham

The Grassroots Coalition of Birmingham is a collective of local grassroots-minded non-profits, professionals, activists, and community leaders seeking to create and promote a Black Economic Agenda as a form of restorative justice and as one of the first steps in promoting social cohesion in the Birmingham Metro Area. A key goal of the organization is to create a best practices model for elected officials, candidates for upcoming elections, coalition members, and concerned citizens.

Faith in Action Alabama seeks to help create a society free of economic oppression, racism and discrimination, in which every person lives in a safe and healthy environment, is respected and included, and has agency over the decisions that shape their lives. The organization is building a people-powered movement based on the belief that organizing is the best way to address the spiritual and material crises facing our society.

Our Firm Foundation seeks positive change in the community by implementing a multi-generational approach to mentoring, allowing children and their parents and guardians to thrive. The foundation provides courses on social emotional learning (SEL), science, technology, engineering, and math (STEM), along with career mentoring to families in Birmingham City Schools.

The People’s Justice Council was founded with a vision to create a just, equitable, sustainable world by connecting people with policy. The organization engages and equips communities with tools to build power from the grassroots up and to fight for justice at the policy level.

The Offender Alumni Association’s mission is to create a network of former offenders who inspire each other to reduce recidivism, develop healthy relationships within their communities, and provide opportunities for social, economic, and civic empowerment.

The Voters Legal Watch Group is a nonprofit, nonpartisan organization founded on the principle of securing voter equality and fairness in the legal system. Their mission is to hold our elected officials and political candidates accountable and to fight for fair treatment and justice for all people.

The Black Economic Alliance is a coalition of business leaders and aligned advocates committed to economic progress and prosperity in the Black community, with a specific focus on work, wages, and wealth.

The Equal Justice Initiative is committed to ending mass incarceration and excessive punishment in the United States, to challenging racial and economic injustice, and to protecting basic human rights for the most vulnerable people in American society.

The goal of the Office of Social Justice and Racial Equity is to create a just and equitable Birmingham. Through advocacy, engagement, and implementation, the office seeks to employ social justice as a core principle in City of Birmingham policies, operations and decision-making.

The Birmingham Urban League, founded in 1967 as part of the National Urban League, is a community-based organization dedicated to empowering communities and changing lives in the areas of education, jobs, housing, and health. The mission of the organization is to enable underserved residents to secure economic self-reliance, parity, power and civil rights.

Black Lives Matter (BLM) is a national movement on the front lines of fighting racial injustice. The Birmingham metro chapter of BLM shares resources that promote racial equality in Birmingham—from educational events to socials to political organizing and more.